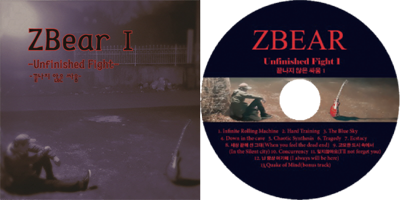 Many a progress has been made throughout the evolution of mankind.
Nonetheless, smiles seem reserved for only a certain portion of humanity,
while others are still left to shed tears.

It doesn’t seem to be a part of God’s will for everyone to smile, not in this world.

Not that I am a firm believer in His existence.

We do hear about some of those who dedicate their lives to bringing smiles to more people.
If God did exist, I consider these ‘some’ to be nobler than He.
Call it a preference, but I prefer good and honest people over the existence of a deity.

As we have progressed and developed, the actual number of wars has come down.
Thus, I see our history as one attempting to avoid wars.

Our forefathers, as ourselves today, may have failed to find a more peaceful solution.
But this is the only part that discomforts me as far as war goes.

So, we may not be pointing as many guns at each other as before.

Unfortunately, this is not a representation of us overcoming our fundamentally hostile nature:

The craving to be ‘better’ than others…

The urge to rid of others for one’s own gain…

At the same time, looking down on those with less…

With these evils still looming within each and every one of us,

the reduction in the number of wars becomes a superficial statistic at best.

The real statistics manifest in our everyday lives:

Comparing one’s annual income with that of others…

Comparing grades with those of one’s classmates…

Mistakes that are eventually our own loss…

And the Fight goes on.

No wonder we have such a peak in suicides.

Sometimes, we don’t even need a war for some people to shoot each other.

Until when is this unfinished fight supposed to remain unfinished?

Maybe you elect to ignore that these ‘wars’ even exist?

Accidents and deaths are just another line in the news?

Besides, the increase in death toll don’t keep the shine away from your zillion dollar watch?

Hell, maybe it’s this very news that keeps you ahead of the others, and keeps your ego afloat.

And why the f**k do I feel like raging a war on you?

No, I don’t believe we can all smile.

But there are still people who tried.

People, at the top of the food chain, yet trying to seek harmony with those less fortunate;

These songs are the embodiment of me trying to be a part of these people.

An attempt to console them and the ones they attempted to console.

There was no intention to create hits or to seek fame.

There was no need to compare and compete with other artists or other styles of music.

This music is for anyone who seeks consolation…

And for anyone who can find it in my music.

Healing you can find whenever you seek it.

That is the extent of my wish.

This album forgoes the standard format of an X-piece rock band.

This is just me, myself, and a handful of people with whom I am grateful to have been able to share my spirit as ZBEAR, hard rock guitarist.

Writing, producing, recording, mixing, and mastering were all left to these two hands.

Thus, I feel the sound quality has something to be desired.

However, I decided to wrap things up once I was convinced that the album had reached the level of achieving the aforementioned intentions.